The area consists of 250 000 acres of private land with the Savé River (a 1-mile wide river), splitting the area into two blocks,150 000 and a 100 000-acres respectively. The area shares a common open boundary with the world-renowned Gonarezhou National Park for 16 miles with an abundance of game moving in and out of the Park. The area is mostly open savannah with huge trees and visibility in most places is up to 300 yards.

Buffalo hunting is by mostly done by scouting for fresh buffalo tracks and following them. The best times of the year are from June to September although you can hunt up to the end of November. The latter month’s high temperatures force one to hunt from 4am to 11am and then again from 4pm. Buffalo sizes have up to now been above 40” with the average being 42”.

We normally collect clients from Johannesburg and overnight in Tshipise or Punda Maria (inside Kruger National Park), splitting the trip into two, with a 350 mile and a 100-mile leg. It’s a paved road up to Pafuri (South Africa – Mozambique) border and from there a dirt track for the next 100 miles. The 100 miles follows the Park border for 75 miles and the last 25 miles runs through the hunting area, taking approximately 5 hours in total. 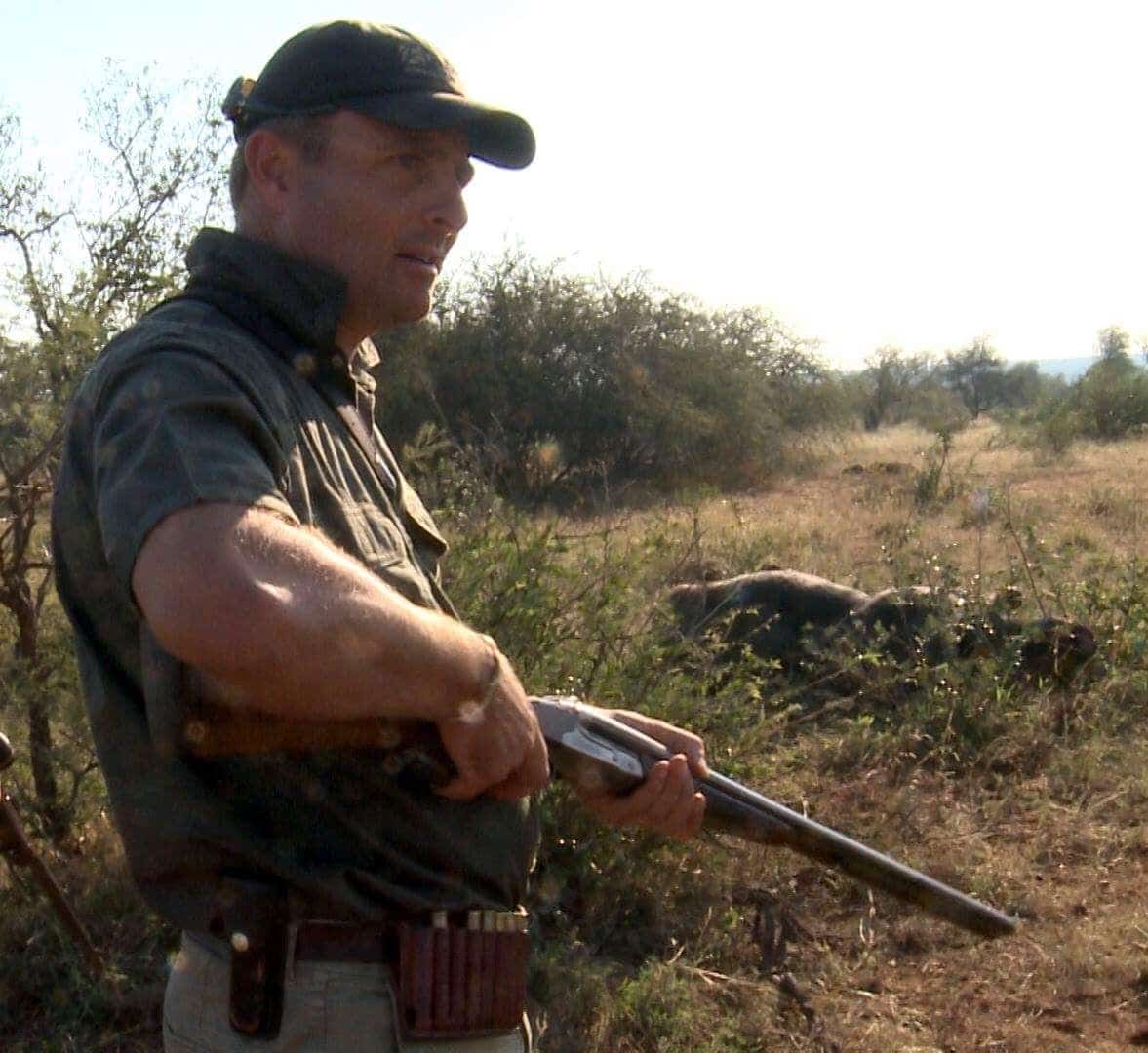